You are here: Home / FUMP Directors Blog / Didn’t he miss me today? 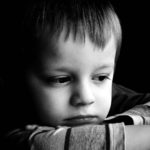 As we enter the mid point of the fall semester, I found this article to be quite timely with good information about your child’s differing reactions at pick up time. Happy reading!

Jackson‘s mother paused outside the classroom door. It was the first full day of preschool, and she knew how relieved and happy Jackson would be to see her. He’d been a little tearful when she left this morning, so she half-expected to find him waiting right inside the door, demanding to be taken home immediately. If not, she knew he‘d come running the moment he saw her. No doubt he’d leap into her arms for a hug.

Cautiously, she opened the door, braced for an enthusiastic greeting. Then waited. Where was he, anyway? Finally she spotted him at the playdough table alongside another boy, their hands deep in something that faintly resembled the La Brea Tar Pit.

“Hi Jackson! Hi!” smiling, she held her arms out. Jackson nodded politely in his mother‘s direction, and then bent down to peer inside a tunnel he had made. Well, thought Jackson’s mother, didn‘t he miss me?

In reality, Jackson had missed her a great deal. And her arrival was important to him. However, young children don’t always switch gears quickly. Just as it may take a while for your child to feel better after you‘ve left in the morning, it may take a while to process the good news that you’ve come back.

For much of the day, Jackson had managed his feelings about missing his mom by trying out the playdough. It relaxed and comforted him. When she suddenly appeared, he needed time to give it up. So he nodded at his mom instead of running to greet her.

Other children react in different ways when their parents arrive, especially at the start of the year. Of course, there are always some who cheerfully greet their parents, wave goodbye to their teachers, and calmly leave. But it is also not unusual to see a child react by running around and around in the room, or to see children insist on showing their parents every detail of what they did that day. Toddlers, not known for their subtlety, may even cry when their parents come and refuse to get their jackets on.

None of this means that you weren‘t missed! Children may not express things the way an adult would, but their feelings are just as strong. Indeed, all of that running, crying, & wanting to be involved in play are child-like ways of saying, “Hooray! She’s here! Now I can be myself!”

That doesn‘t mean, of course, that you have hours to spend getting your child out the door. And your child’s teacher would no doubt like to get home as well. With that in mind, here are a few thoughts:
– Greet your child with enthusiasm, but give her a little time to finish whatever she is doing and get used to the idea of this shift in her day.
– If you are not sure whether it is you or the teacher who‘s in charge of rules during pick up time, talk it over with her.
– Also, if you are really struggling with ways to get your child to leave, ask the teacher for suggestions.
– Children do best with regular routines: you might sit and play briefly, then pack up together, say goodbye to the teachers, wave to the guinea pigs, and be on your way. Doing this day after day helps your child know what to expect.
– After following a relaxed routine, rest assured that it is fine to be firm. It is time to go.

Saying goodbye when you leave and saying hello when you return aren’t always the easiest times of days for families, but they are among the most important.
T

aken from the Well Centered Child